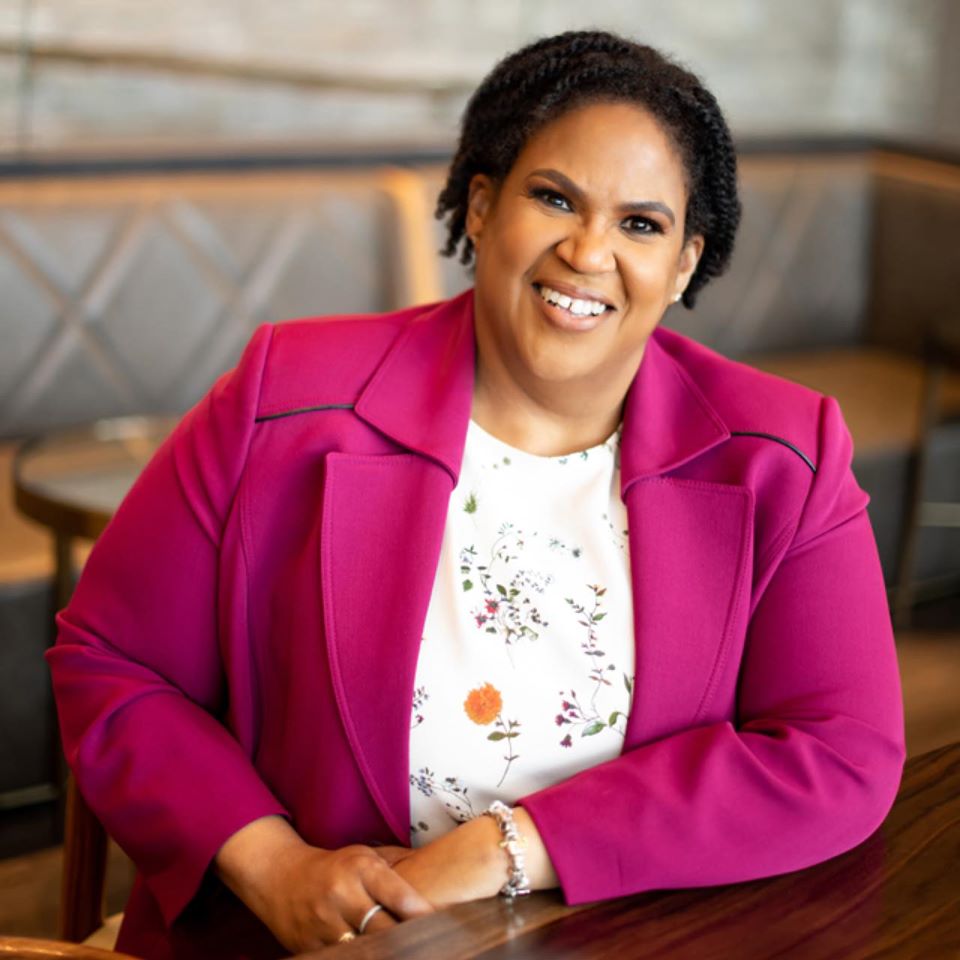 Lavora Barnes is the Chair of the Michigan Democratic Party. Elected in February 2019, Barnes is the first Black person elected to this post.

A political veteran with extensive experience in field, communications and fundraising, Barnes has implemented and grown a year-round full-time organizing strategy in every corner of Michigan. Project 83, named for the 83 counties in Michigan, is the blueprint for a successful organizing model now being adopted by other states in the country, hoping to mirror Michigan’s successes.

As part of her strategic planning, early in 2018 Barnes created a permanent Voter Protection Director position as part of the MDP’s core staff and Michigan continues to grow Voter Protection programming each cycle.

In 2018, Barnes commitment to year round organizing was rewarded with a full sweep of the statewide partisan offices, flipping 2 congressional seats and gaining a majority on the Michigan Supreme Court. Staying the course and increasing capacity, the 2020 cycle validated Barnes’ vision again, turning Michigan blue for Biden, sweeping the statewide partisan offices and defending all of Michigan’s congressional seats.

In 2022, the re-election of the Governor, Secretary of State and Attorney General, winning all of the statewide partisan offices, maintaining the majority on the Michigan Supreme Court were victories made even more powerful as for the first time in decades, Michigan Democrats won majorities in both the State Senate and the State House, far surpassing even the most optimistic expectations for the cycle.

Another key win in 2022 was the flipping of a Congressional seat on the west side of Michigan, making inroads on ground that only a few cycles ago was safe republican territory.

Barnes’ reputation for winning tough races cycle after cycle and building strong, effective coalitions in challenging political times is well deserved as demonstrated by her record. She believes in running a top to bottom of the ballot coordinated, leaving no dem behind.

While the headlines reflect the important top of the ticket race wins, Barnes herself is most likely to talk about the fact that of the 232 school board races the MDP organizers worked in 2022, they won 197 of them.

Barnes is committed to expanding and solidifying the permanent party infrastructure in Michigan for which she has been such a strong advocate.  Recognizing that while campaigns in so many ways will remain seasonal operations, the permanent infrastructure of the party will continue to be the determinative factor in close races moving forward.

Barnes, a graduate of The College of William and Mary in Virginia, began her political career in her native Virginia. She held various positions in Michigan politics before coming to the MDP in 2015 as the party’s Chief Operating Officer, a post she held until her election to Chair.

Click on an amount to get started. If you’ve saved your payment information with ActBlue Express, your donation will go through immediately.**